skip to main | skip to sidebar

Wow...
I know I'm not much for maintaining an online presence but a whole year without posting to my blog? Is anybody still checking it? Anyway, a lot happened last year but I won't bore you with that. The big news is that I have my own solo show coming up in May, at Good Gallery in Portland. So there! I haven't been totally slacking of on my personal work. The show is gonna be mostly brand new stuff, so I'll wait til the show to post it here. In the meanwhile, here's a flyer so y'all can mark your calenders. 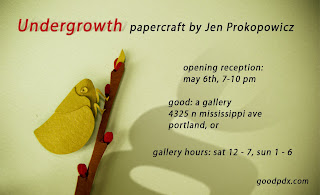 Posted by Jen Prokopowicz at 6:43 PM No comments: 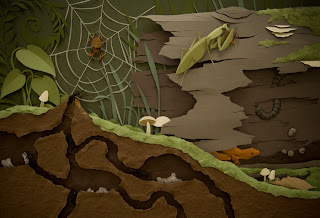 Here's a new piece! This was done for Good Gallery's April show, Creepy Crawlies, and it's called Forest Floor. Come see it in person at Good, the opening is first Friday.

Also, it's one of the larger pieces I've finished at 18x24 inches.

ALSO! I'm making prints of this. Not sure what for yet, but it's happening people!
Posted by Jen Prokopowicz at 8:59 PM 2 comments:

Here's a couple pieces I made for the Good Gallery February show. It's all about robots and it's up for the whole month, so go check it out!
Gallery site is: goodpdx.com 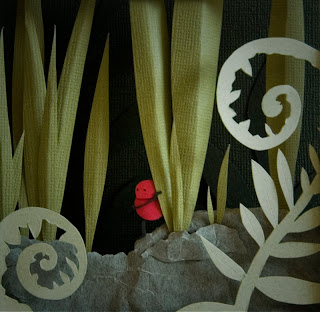 Melvin is small and lost in your backyard. Help him out, won't you? 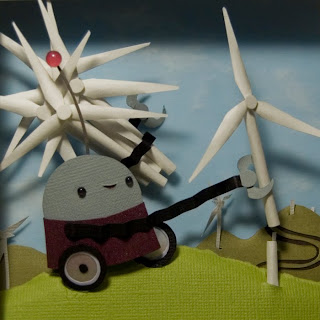 Penelope is too big to realize that those things she's picking are windmills and not flowers. Somebody stop her!
Posted by Jen Prokopowicz at 2:09 PM 2 comments: 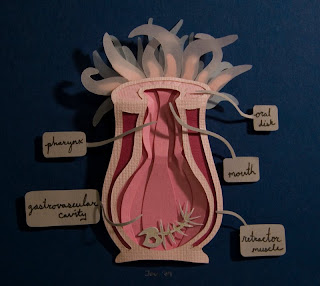 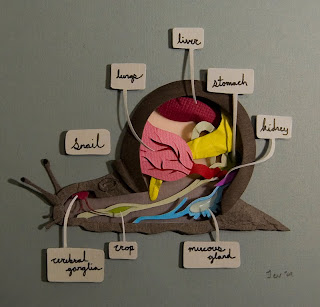 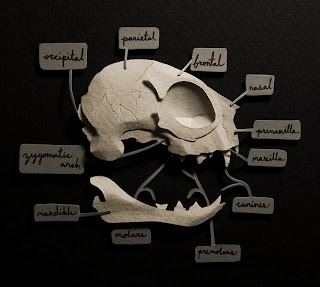 I'd love to know if these are accurate. It's surprising how many different terms there are for the same thing. To keep it under control I made them very general. Hope you like them!
Posted by Jen Prokopowicz at 11:12 AM 1 comment: 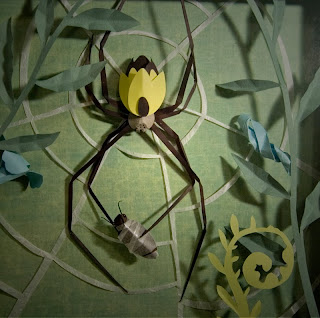 I made this piece a couple of months ago for a Good: Gallery show called "Preserved".
The current group show is "The Present", and there's lots of great art up there this month. Go check it out!
Posted by Jen Prokopowicz at 10:00 AM No comments:

Nosferatu and other happenings

I won't apologize for not posting lately. I just won't. Instead I'll try to prove to you how much I've been working since my last update. 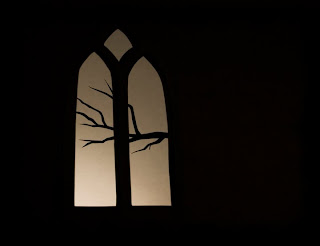 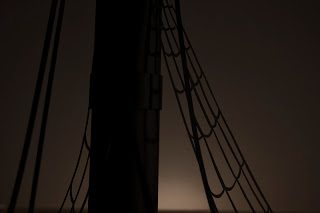 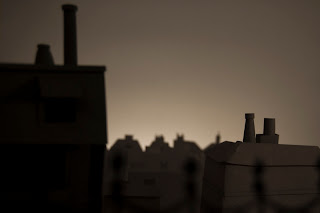 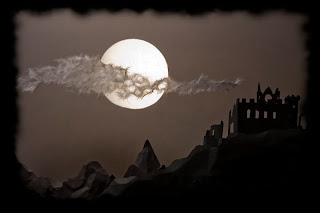 First of all, I had the honor of being a part of a play! Atomic Arts, a theater troupe here in Portland, asked me if I would like to create some backgrounds for a production of Nosferatu. The idea was to make little paper craft sets, photograph them, then set them up in an interactive sequence using flash so that the lighting technician could simply advance through the sequence whenever there was a scene change. I had to learn a lot to accomplish all that, but I had a really good time doing it, and would love to do something like it again in the future. The play has completed it's scheduled run, but I hope you'll enjoy a few of the more interesting backdrops I've posted here.

In addition to that, I've been working with bent on some cool projects and I got to animate on a couple really fun ones. Hopefully I can link to them soon!
Posted by Jen Prokopowicz at 11:04 AM 1 comment:

I recently checked out a book from the library called How to Build a Dinosaur, by Jack Horner. It overviews research into reverse engineering dinosaurs from chicken eggs. Here is a link to an article that can give a better overview than I can:
http://www.telegraph.co.uk/science/dinosaurs/6090313/Chickenosaurus-Canadian-scientist-says-he-can-create-dinosaurs-from-chickens.html

I haven't gotten very far in the book, it was enough for me just to know the basics of what they're experimenting with and let my imagination fill in the blanks. Part of what I love about paleontology is the educated guesswork, it really is awesome how much paleontologists can infer from the little clues they get. I think that if they were able to do this it would be like catching bigfoot; it'd be awesome to see but it might take out some of the mystery.

Anyway, that was a lot of text, here's the picture: 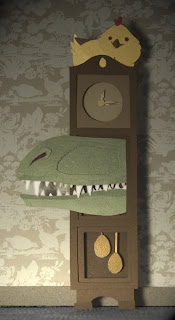 This is my first attempt at illustration in a long time. I tried out a few lighting scenarios and then manipulated it a bit in post. Is it working? I'd really love to make more like this, and a couple of good critiques would be helpful.
Posted by Jen Prokopowicz at 12:34 PM No comments:

This blog belongs to: